Why Your Dentist Recommends A Root Canal Procedure

The connection between self esteem and bad teeth is not a new phenomenon. In the 1700s, George Washington suffered from tooth loss, self esteem problems, and excruciating mouth pain. Washington solicited the help of nine independent dental professionals, but in the end, died with rudimentary dental implants and still-lingering mouth pain. Here is a brief summary of Washington's struggle--and a testament to how far dental implant technology and tooth loss prevention has come.

During the 1700s, dental hygiene left something to be desired. Toothpaste was not invented until 1857, so the people of Boston and surrounding colonies took less-than-effective measures to clean their teeth; these methods had more to do with freshening breath and less to do with good health. As a result, tooth decay and tooth loss was a common complaint.

George Washington lived during this era and, unfortunately, his teeth also succumbed to the side effects of bad dental hygiene.

In 1763, English dental professional Dr. John Baker arrived in Boston and set out his shingle. Dr. Baker was a very successful European dentist who, upon reaching Boston, advertised his services as "dental surgeries." He also performed house calls, developed and marketed a tooth cleansing product, and promoted good dental health.

In 1772, Washington elected the services of Dr. John Baker, who fitted the soon-to-be president with his first dental implants. Dr. Baker constructed these fake teeth out of ivory and connected them to Washington's existing teeth.

As the years went by, Washington continued to lose teeth, and so Dr. Baker's solution would not be Washington's only dental implant.

During the 1780s, a Dr. John Greenwood was at the forefront of the dental world and had considerable success creating dental implants. His methods were revolutionary for his time; Dr. Greenwood used beeswax to create mouth impressions and used gold as the primary implant material.

In 1789, Washington was about to officially become the first president. With only one tooth remaining, he solicited Dr. Greenwood's assistance in fixing his dental situation; Greenwood complied, and would serve as Washington's last dental implant professional.

George Washington suffered from tooth pain and tooth loss his entire life. Some historians credit his short temper not only to the pain caused by his poor dental health, but also to the self esteem issues that resulted from tooth loss and bulky, unbecoming dental implants.

Today, dental hygiene and dental implants have reached a new technological level. People can more easily prevent tooth loss and, in the event teeth cannot be saved, easily find a dental implant professional for assistance. The technological advancements that Washington could not enjoy can, today, help Americans avoid the pain and self esteem issues that once plagued the first president. 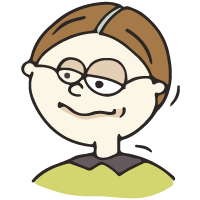 Hi, my name is Noreen Chatham and one morning I woke up with a throbbing toothache. The pain was unbearable, so I called my dentist for an emergency appointment. My dentist told me to come to the office immediately and after the examination, I was told that I had an infected tooth and I would need to have a root canal procedure. After my dentist performed the procedure, my tooth was still sore, but the pain was manageable. In a few days, the pain was totally gone. My dentist told me that the inside of my tooth was infected and that's why I was in so much pain. After I recovered, I did some research on my own to learn about the need for a root canal. I'm writing this blog to help others understand the need for this procedure and how it's done.